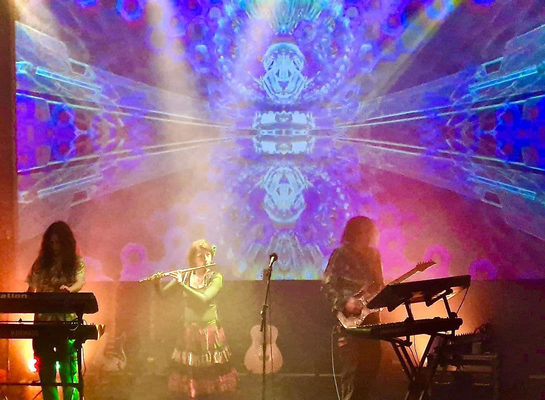 Ozric Tentacles are regarded as one of the most influential bands to emerge from the UK's festival scene,
Ozric Tentacles formed during the solstice at Stonehenge Free Festival 1983 going on to become psychedelic
staples at Glastonbury and other festivals.